Thinking too much about a tagline? 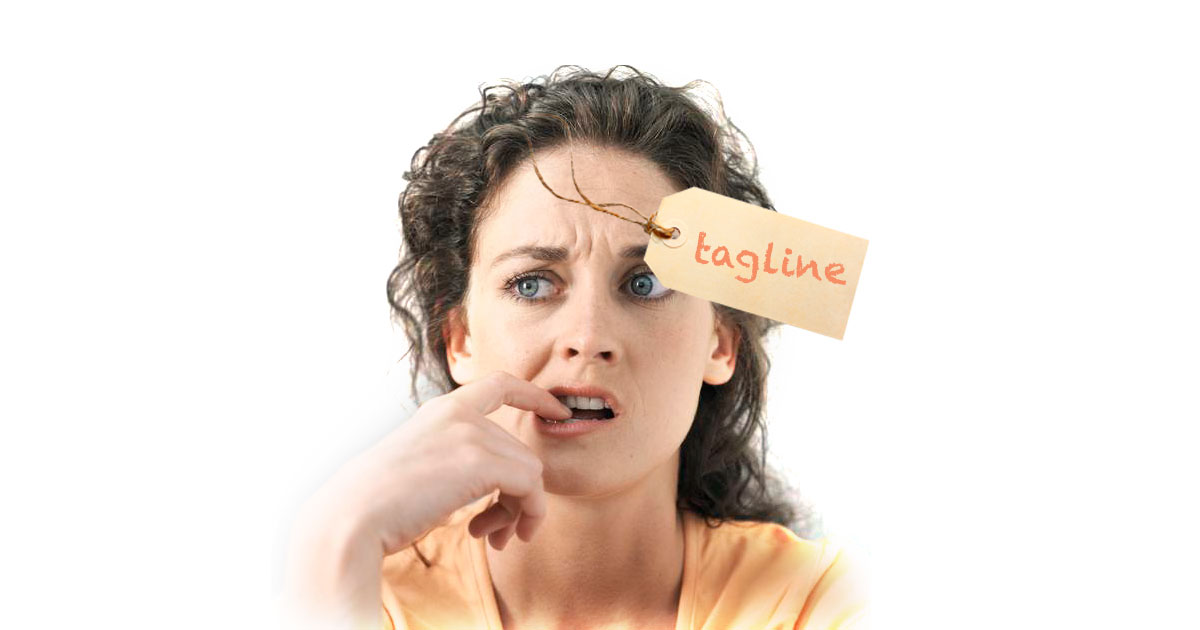 A tagline can add clarity and value to a brand, especially if its identity is misunderstood, but it is certainly not an essential component of a brand. In fact, lots of companies couldn't be bothered, and for good reason!

What is a tagline anyway?

Not to be confused with a slogan, a tagline is a short message that is attached to a logo. It's usually developed as a simple phrase to help convey a company's value, position or sales market. Its goal is to add clarity to an abstract logo symbol identity or ambiguous brand name.

Taglines can be fun and witty, usually, a play on words - a catchy phrase will be memorable and may even spark positive emotions. But is a tagline actually a good idea?

There are probably more reasons for not having one, and that all depends on the characteristics of a company's identity.

Do you really need a tagline?

If you are having difficulty deciding whether a tagline is right for your company ask yourself:

Why wouldn't you want a tagline?

How long will your tagline live?

A company's tagline rarely changes, so it’s critical to be forward thinking during development. Will it encapsulate existing and future product applications and markets? Or will it represent a futile effort and be abandoned after a short lifespan.

Is a slogan the same as a tagline?

A slogan is a short, striking and memorable phrase used in advertising and advertising campaigns to reinforce a selling point. Slogans are created to help build awareness and interest and by nature tend to have a relatively short lifespan. Although a slogan is not necessarily considered a part of an identity, it should be in line with the brand messaging. In some cases, a strong, memorable slogan can take on a second life as an apparent tagline, whether a company wants it or not. And some slogans that work are often adopted as taglines.

Whether you are developing a tagline, a slogan or both, keep in mind, your goal is to elicit a positive emotional response and express the fundamental qualities of your company, products or services.

Tips for taglines and slogans:

Commenting is not available in this channel entry.

Are you different? Your customers need to know - Competitive analysis
Make the first impression, the right impression and keep it right
What does branding look like?
How's your brand holding up?
What's your competitive position?
Brand audit - Keeping your brand focused and strong
Marketing plan - What's the alternative?
Great first impressions - It's all in the details
Thinking too much about a tagline?
ABOUT LBD
Glossary